30 May 2019
Sadly, due to adverse weather conditions in the North Sea, the visit of MTB102 has been cancelled. 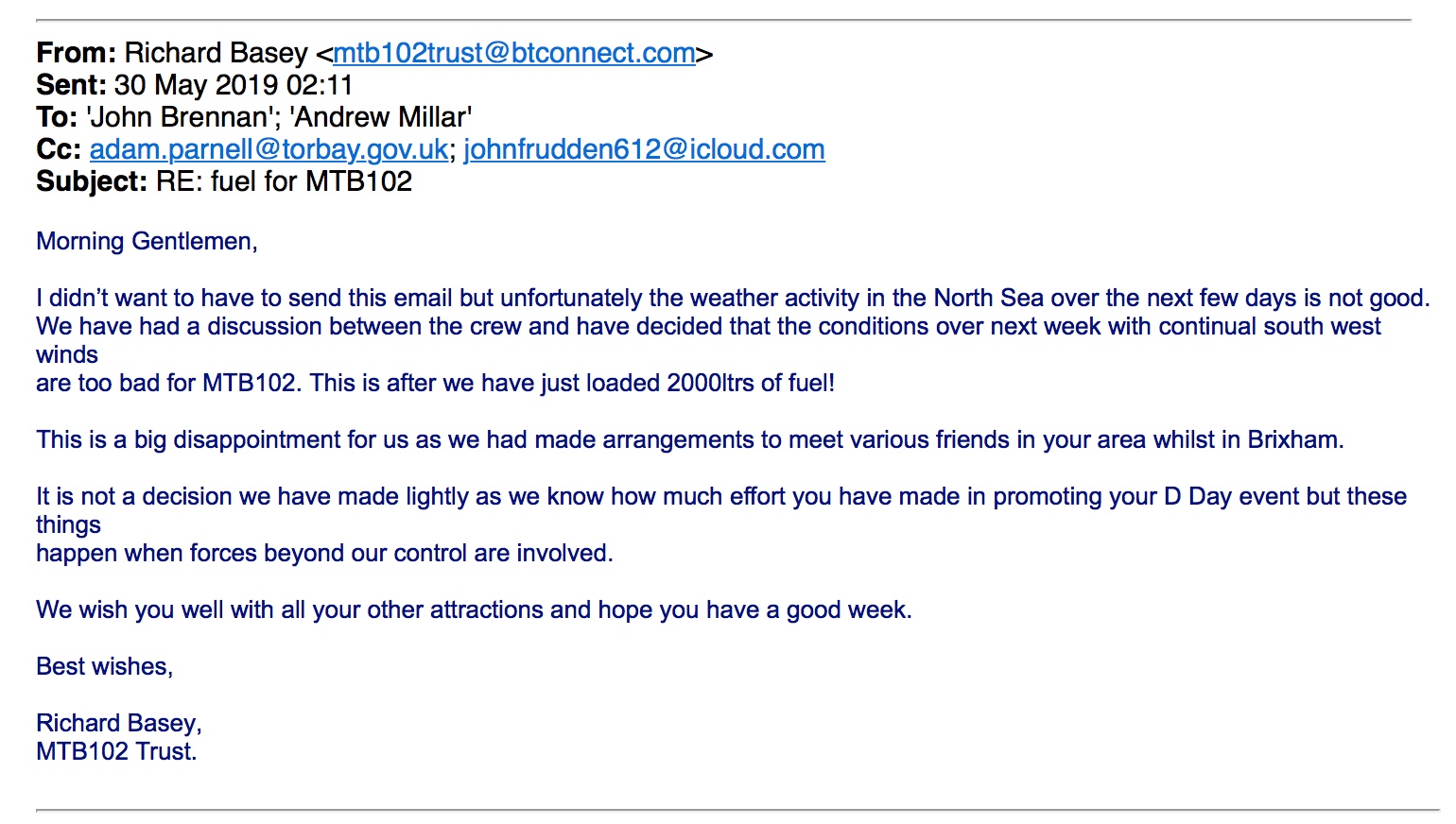 Brixham harbour hosted both Royal Navy and Canadian flotilla’s of these small craft during WW2.  Our local St. Mary`s Churchyard contains the graves of several crewmen from these small vessels.

A unique FREE attraction will be the MTB 102 at the MDL Brixham marina from Monday 3rd June to Sunday 9th June 1030am-4pm. She will undertake an epic 6 day voyage from Lowestoft base to be with us for our celebrations.

The MTB 102 was launched in 1937 she was crewed by two officers and eight men, and during 1939 and 1940 she saw active service mainly in the English Channel.

During the evacuation of the British Expeditionary Force and Allies from Dunkirk, she crossed the channel eight times. When the Destroyer HMS Keith was disabled, Rear Admiral Wake-Walker transferred to MTB 102, using her as his flagship. A  Rear Admirals flag was created with an Admiralty dishcloth and some red paint!  MTB 102 was the third to last vessel to leave Dunkirk

In 1944 she carried Winston Churchill and General Eisenhower on their review of the ships assembled on the south coast for the D-Day landings.

At the end of the war she was sold off and found by a Norfolk Scout Group in 1973 and refurbished as a WWII MTB for the 1976 film The Eagle Has Landed. She was also used in a Dutch film Soldier of Orange (also known as Survival Run).

This historic vessel will be open free to the public every day between Monday 3rd June to the Sunday 9th June at the Public pontoon on the MDL Marina subject to weather.  All donations are welcome.

We are very grateful to MDL Marinas for their kind support of Back to the 40s in general and this event in particular.