Brixham’s Heritage Museum is situated in the town’s old police station next to the main town hall. It has a number of galleries that contain displays about Brixham in the wartime period.

There are many interesting and rare local family WW2 heirlooms. There is a short film about Brixham`s Belgium community during the war years and a small number of military items for people to view.

In time for the 75th D-Day Anniversary Commemorations the museum will have a completed creating a brand new World War 2 display that will feature Brixham’s D-Day role in the preparatory training and eventual embarkation of the American military units destined for the invasion of the Normandy beaches (Omaha and Utah) as part of Operation Neptune.

Among the items in the new WW2 display will be a selection of the finds recovered during the museum’s 2015–2016 archaeological field surveys at Lupton House. 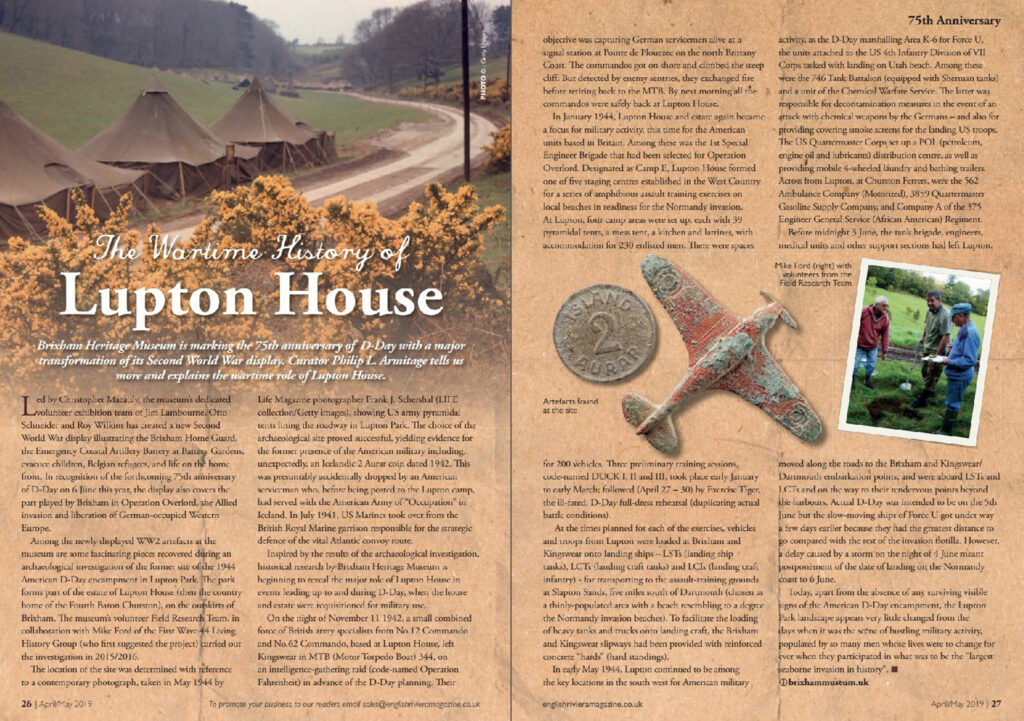 Lupton House during 1944 served as the site of Camp E during the amphibious assault training exercises carried out at Slapton Sands by the Americans and later as one of the marshalling areas (K6) for the US forces chosen for the landing on Utah Beach on D-Day.

The museum is open 10am-4pm every day. Entrance is free.

There are volunteer guides on site who will be happy to answer any questions you may have. A number of publications are available for sale.