Another major FREE attraction and a hidden jewel of Brixham is the unique set of remaining coastal defences built to protect the harbour from air and seaborne attack.From 1939 along Britain`s coastline defences were being built. These included large artillery emplacements and shoreline defences such as beach obstacles and machine gun emplacements. Out of an original 130 such installations only 2 remain open to the public including Brixham`s own Battery Gardens and Free Museum which are well worth a visit.

On the 20th September 1940 Number 362 Battery Royal Artillery arrived in Brixham. The main armament was 4.7 inch guns designed by Vickers Armstrong with a range of 6 miles. The Battery also had several anti-aircraft guns which were frequently used and 5 enemy aircraft were shot down.Between January 1942 and December 1944 the Battery was manned by our own local Home Guard.

On the 4th May 1940 in preparation for a Nazi invasion a radio broadcast asked for volunteers. The Local Defence Volunteers (later Home Guard) were formed. Number 4 Platoon incorporated men from Brixham, Churston, Galmpton and Kingswear areas. In August 1940, Lt. Col. Parson`s Brixham Company of 170 men defended 12 miles of coastline from Broadsands to Kingswear.

The Brixham Battery Museum is located at the top of Battery Gardens to the north of the town along
the coastal path. It will be open FREE to the general public at extended times during the period. 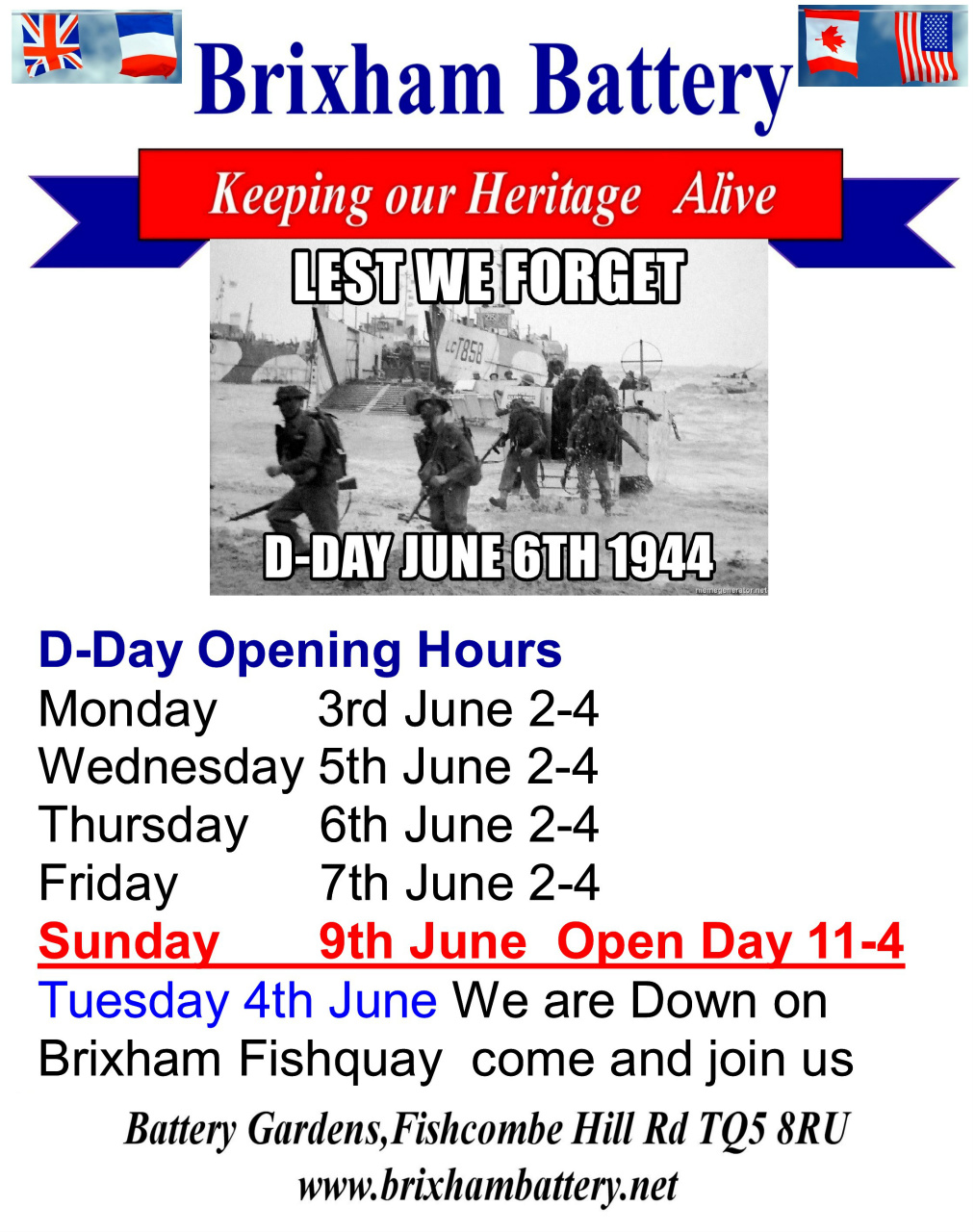