Daily life in Brixham changed dramatically as local people adapted to war-time conditions. Our people lived under the threat of enemy hit and run air raids.

Over 1,400 evacuees came to Brixham mainly from south London. All were allocated accommodation and assimilate into our community. The impact of children and Belgium refugees strained the community which met the new challenge.

The Brixham Heritage Museum holds a collection of items which reflect the daily lives of Brixham people. Food rationing was introduced with an acute shortage of meat. Daily luxuries and imported goods became scarce. People were issued with gas masks to carry at all times. All local industries were re-orientated to war production. Our local boat-builders Upham`s and Jackman`s went on to produce or repair 1,000 vessels.

On the 19th May 1941 alone 2 bombs fell upon Middle Street and Fore Street, Brixham resulting in 2 deaths, 4 serious injuries and 17 slight injuries. Two houses were destroyed and 25 were badly damaged. Brixham`s most spectacular raid was in 1941 when the gas meters in what is now the town central car park were hit. 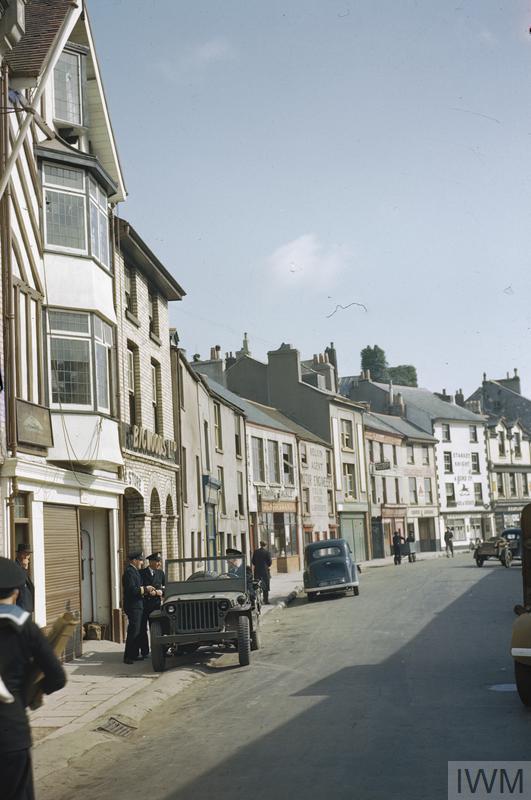